After a fantastic 2021, we expect volatility to return in 2022. What are the best ETFs to own this year? Read on to find out... 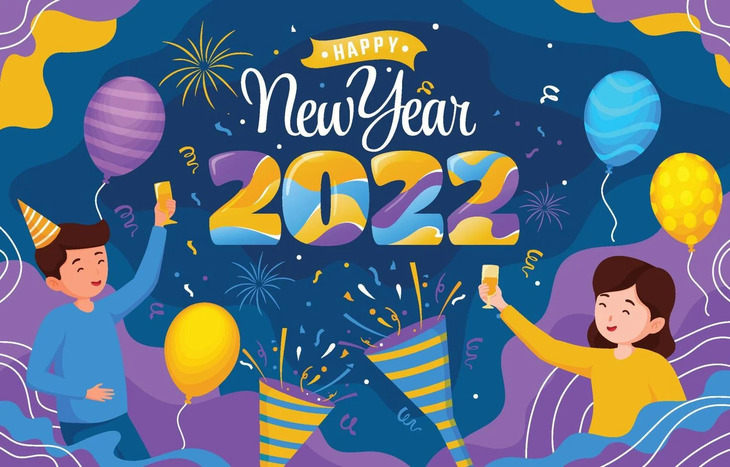 An investment in knowledge pays the best interest. Benjamin Franklin

2021 was a fantastic year for the stock market with all major indices recording strong double digit gains. It was also a year of historically low volatility, with an intra-year max drawdown of a mere 5.88% which occurred during the September-October pullback. Usually after such calm years we see a return of volatility with a vengeance in the following calendar year. The most recent example of this was the turbulent 2018 with two 12%+ drawdowns and one 20%+ drop that was the first legitimate bear market scare since the bull market began in 2009. This volatile year of course followed the nearly-unprecedented complacent market of 2017.

Market conditions change in a hurry, and it's important to stay on top of your investing game to not get caught off guard. To help you out, we've compiled a list of our favorite ETFs for 2022 that should hold up much better than average this year.

We'll now describe our reasoning for each ETF's inclusion below.

Small caps have underperformed for the past few years. As such, their valuations are much lower than large caps. This is the opposite behavior of what we've come to expect from small caps when looking at a longer term, 20+ year horizon, where small caps have historically outperformed and maintained higher valuations.

There is bound to be some mean reversion in the near future where small caps regain their former glory. With large cap valuations in the stratosphere near Dot Com all time highs, we believe this time is coming very soon, likely even this year.

That's the reason we believe small caps have a lot of catching up to do in general and they are bound for outperformance over the next few years to decade. Of the small caps, we specifically believe XSLV that represents a diversified basket of small caps with the lowest overall volatility will outperform small caps more broadly, at least on a risk-adjusted basis. As Ploutos on Seeking Alpha has described, we believe that this basket has structural alpha.

Moreover, as volatility is expected to return in 2022, it is wise to hold low volatility ETFs in general. These ETFs nearly always outperform during volatility spikes, almost by definition (it would be entirely by definition except for that pesky phrase "past performance does not guarantee future results"). While history never repeats exactly, it often rhymes, and securities that have exhibited low volatility characteristics in the past are far more likely to exhibit those same characteristics in the future than those that have not. When the inevitable drawdown comes, it's likely this ETF will have a lower drawdown than the market overall.

Mid caps have also underperformed over the past few years, and like the small caps, their valuations are now very attractive compared to the large caps. Historically, mid caps as a whole have outperformed even the small caps, and had the largest total returns of any equity asset class.

As with the small caps, we also believe that there is bound to be mean reversion in mid cap valuations. Large caps have been boosted disproportionately by the great migration to passive investing, leaving small and mid caps left behind (but only in terms of momentum and valuation; the actual companies themselves have performed well as a whole and deserve higher valuations).

Why do we specifically recommend XMLV in the mid cap universe? For a similar reason as outlined above in the XSLV section. It should come as no surprise that lower volatility midcaps should perform better than the average midcap during periods of increasing volatility, which is our overall macro thesis for the year 2022. This thesis is not only based on historical mean reversion and technicals (such as 2017 to 2018), but also on the fact that the Fed QE program which has been a market tailwind for more than a decade, is now being tapered out rapidly. Eventually the Fed is likely to even reverse QE and they've already stated that rates will begin to rise in 2022 and 2023. This major shift in monetary policy is bound to bring some volatility along with it.

You can think of QQQJ as sort of the little brothers and sisters of QQQ. This ETF holds a market-cap weighted basket of mostly tech companies that are just beyond the threshold for inclusion into the Nasdaq 100 (QQQ). As such, it is a group of mid caps and stocks that barely qualify as large caps. Many of these companies have IPO'd in the past 3 years.

This ETF underperformed in 2021 as expected rate increases and asset purchase tapering from the Fed hit high flyers in general. However, we believe the market is improperly discounting the massive future growth potential of this basket, and the lower relative valuations of this group in 2022 vs. 2021 build a margin of safety in our thesis.

Some of our favorite overall stocks that are largely represented in QQQJ are:

This ETF is full of similar hyper-growth stories like this that have potential to be the FAANGs of tomorrow. Many of them are down 30-40% from their all time highs as the initial IPO hype and short-term overvaluation has worn off, making now a great entry point.

How to invest in ETFs while following a Grizzly Bulls Model

At Grizzly Bulls, we have built several algorithmic trading models and market timing systems to help you navigate choppy waters, limit your drawdowns and outperform the market as a whole. See the end of the article for brief descriptions and links to learn more about each one.

Our models all use the S&P 500 (SPX) as benchmark. These are macro models with the goal of timing the market to avoid drawdowns. They are not interested in picking individual stocks or even ETFs to outperform. As such, these models all alternate between 100% long SPX and 0% long SPX (100% cash).

You can implement our models or follow their signals in several ways:

Therefore you can combine our models' signals with any other ETF asset-allocation strategy of your choice, such as following our advice above and buying and holding a mix of these ETFs. In fact, this is also my choice. I hold a basket of ETFs and during sell signals, the algorithm automatically sells SPX futures against my account value.

If you choose our Platinum Plan, you too will have the total automation option of having the trades taken care of for you 100% hands-free. On our other plans, you'll receive an automated email as soon as the signal changes, and then you'll need to make the trades yourself. If you are a free member, you'll need to check the site frequently to make sure you don't miss any signals.