A solid early rebound ended with a swift and ugly reversal as the market became spooked by hawkish Fed comments...

It was a rough week for the market, with every major index closing solidly in the red. Bonds, gold and cryptocurrencies were all in the red as well, so there was practically nowhere for investors to hide. It's ironic that in this highest inflationary environment in more than 40 years that cash seems to be the only asset holding its value on a relative perspective to other investable asset classes. This is a very challenging time as few want to hold cash when it's losing 8-10% per year, but at the same time every other option is doing even worse.

The swift reversal this week came as hawkish Fed comments made the market start pricing in an even more aggressive rate-hike schedule. The fear is two-fold; the Fed will either put the economy in a recession by over-tightening to reign in inflation, or interest rates will find their equilibrium much higher than the market previously anticipated making equity valuations look shockingly high to bonds in the rear-view mirror. Can the Fed engineer a soft landing, or are we doomed to suffer through a long-term secular bear market like the early 2000s? Follow the signals from our models, and you won't have to make that judgment yourself. 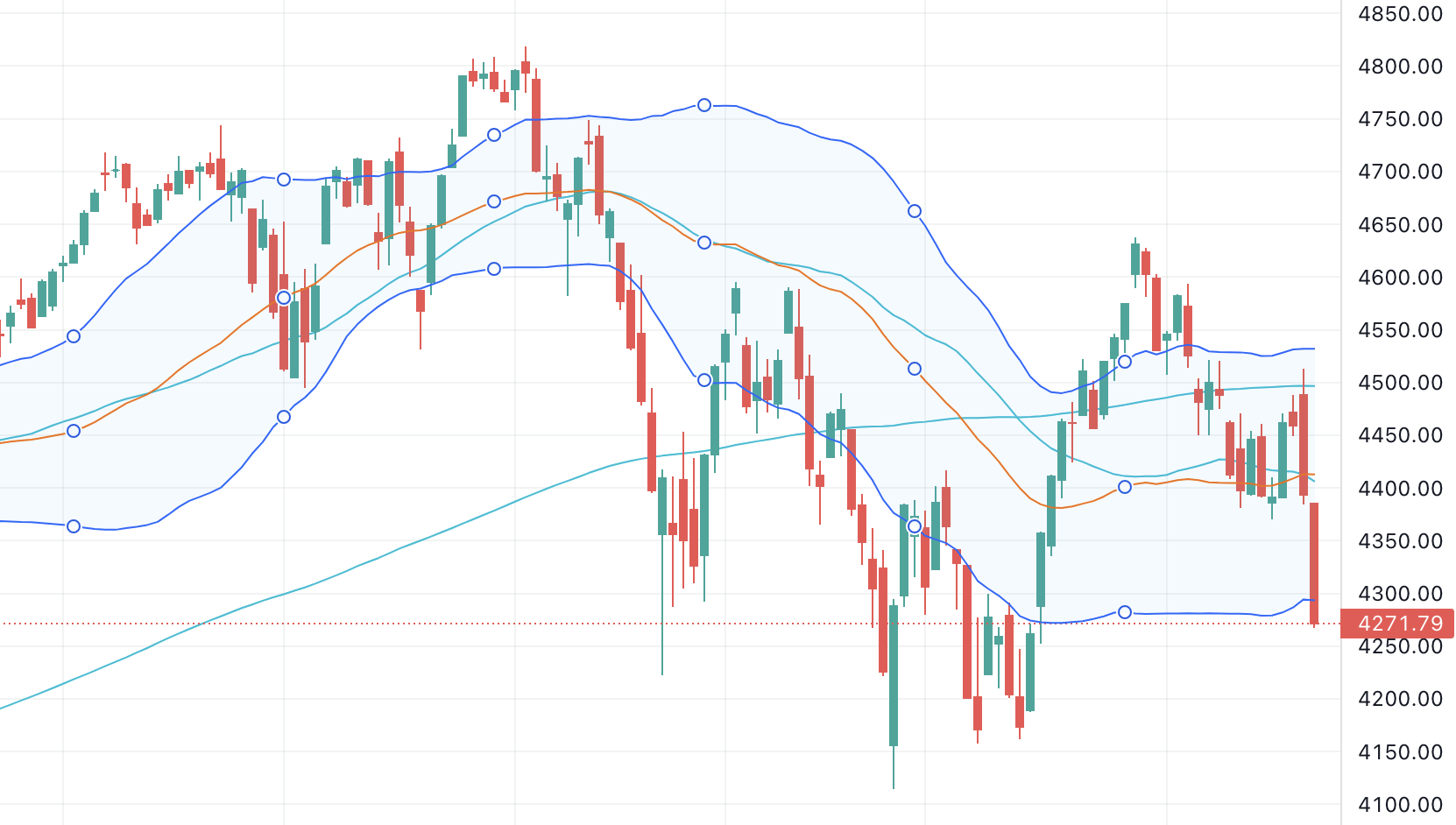 The SPX began the week with a modest but consistent rebound from last week's decline. The confluence of the middle weekly Bollinger Band and the 50-day SMA were showing some encouraging support for the bulls. By early Thursday morning, the index briefly tested and popped above its 200-day SMA before the ugly reversal sent the index down -5.6% in two days to close the week sharply in the red just below the lower weekly BB. It was the second lowest weekly close for the index since the correction began at the beginning of the year. 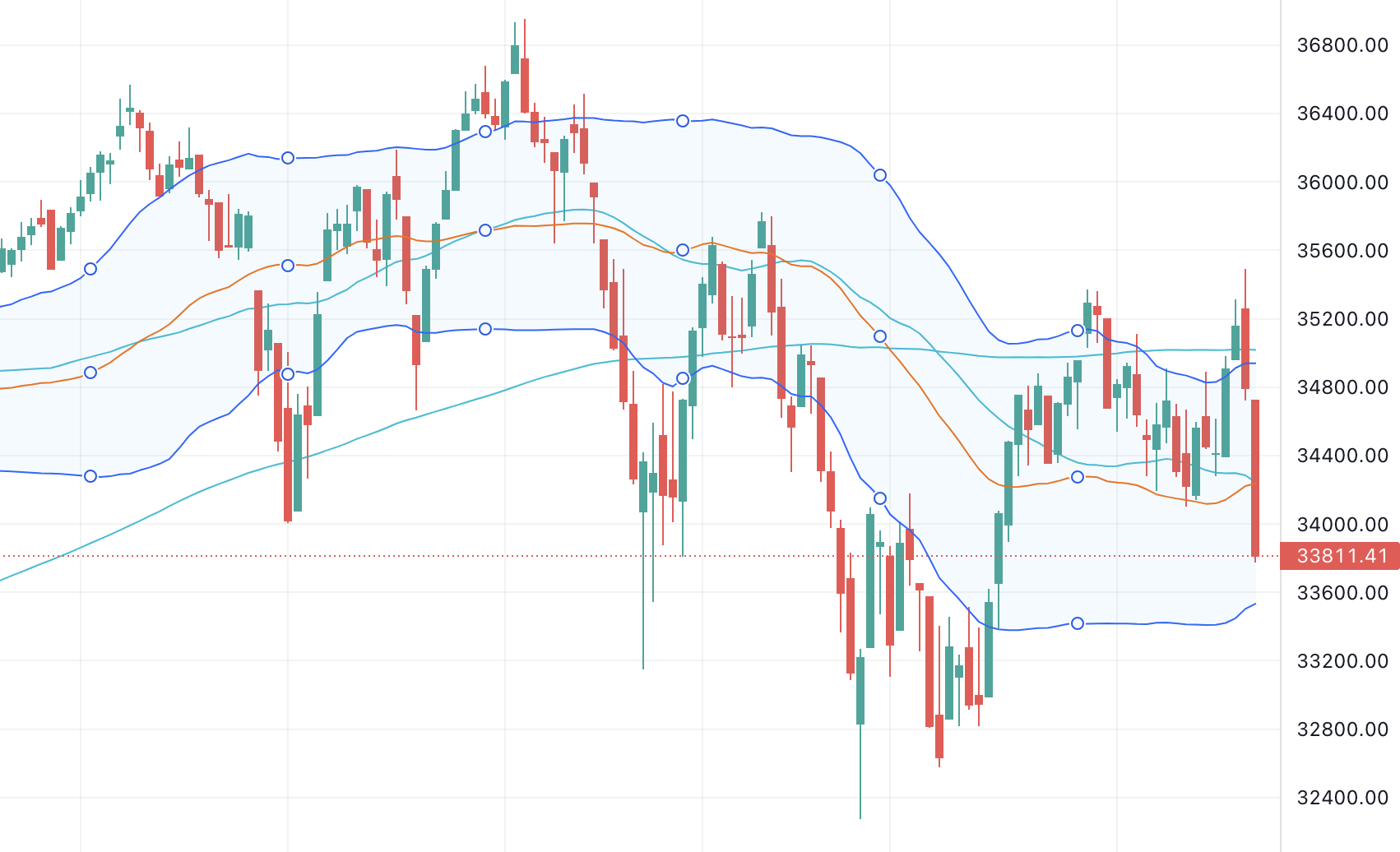 Unlike last week, the Dow showed very little safe haven demand this week and joined the other indices in the sharp sell off in the last two days. This trend may continue as universal recession fears now trump any sort of rotation from growth to value narrative that was previously providing relatively strong support for the Dow. The index was the weakest overall performer on Friday with a -2.83% showing. 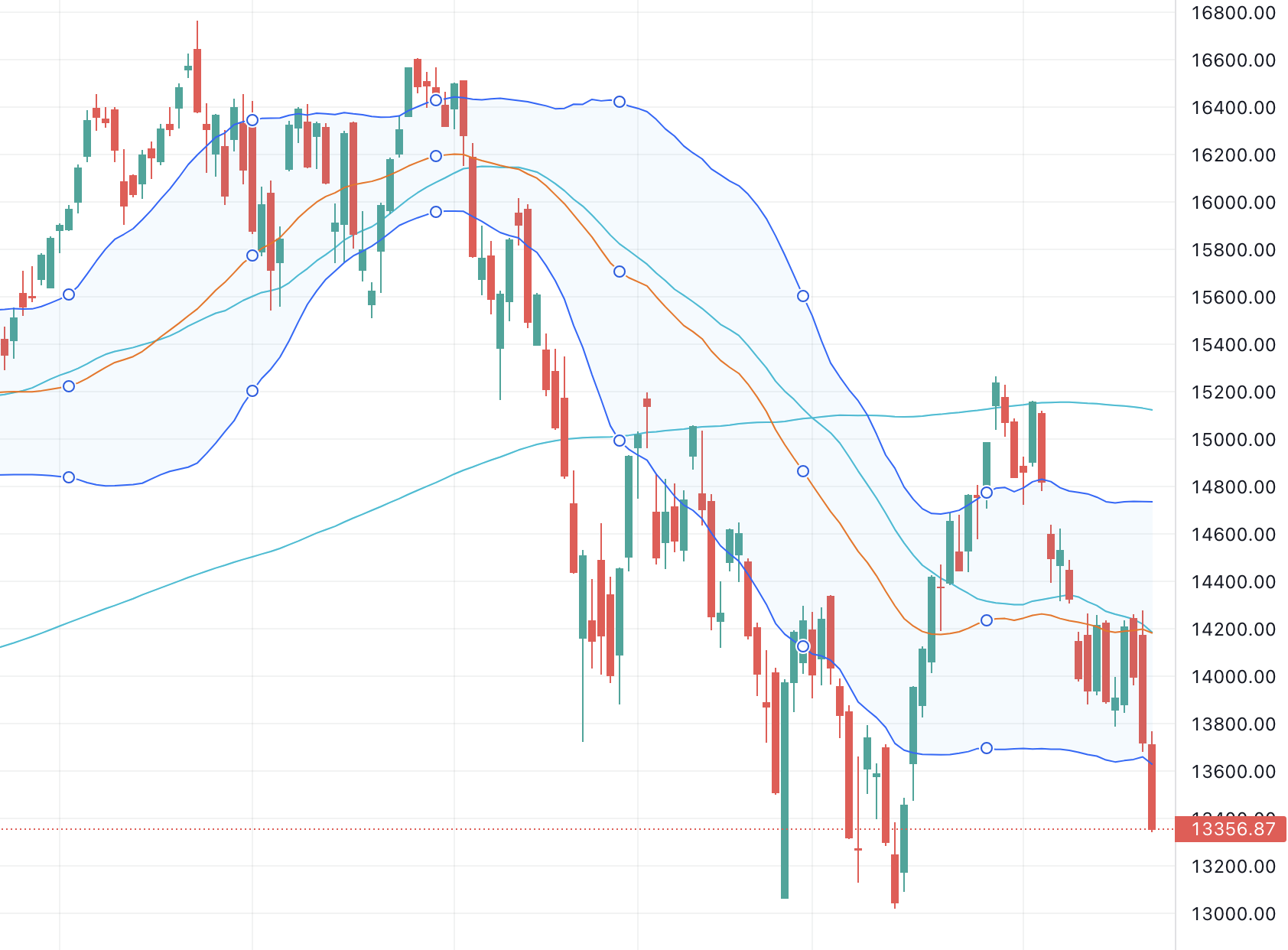 Like clockwork, the NQ put in by far the weakest performance of the major indices again this week, with an abysmal -3.86% showing. It once again crossed into bear market territory on an intraday basis, resting -20.33% below its all-time high of 16,765 set on November 22nd of last year. In addition to the general rate hike and recession fears, Netflix's (NFLX) earnings report showing its first quarterly subscriber loss and subsequent -36% decline certainly helped sour mood on growth stocks even more.

Though the economy appears strong, rates remain historically low and valuations historically high. This is a dangerous combination as the Fed continues tapering asset purchases and raising rates in 2022 and 2023. This week employment figures improved with both initial and continued claims dropping modestly. The 10-year yield rose, but at a much more moderate pace than last week, and it even declined on Friday as bonds got some safe-haven bid. The Shiller Risk Premium (CARP) remains in the negative for the second straight week, a perilous sign for long term investors.

2022 has started with a bang, and not a good one for the bulls. So far our working thesis of a pickup in volatility this year has played out. With every liquid asset class underperforming lately, investors are left with a puzzling question of where to hide during these uncertain times. Only real estate seems to be holding up, but rising mortgage rates are likely to put downward pressure on prices at some point. On the other hand, a single supportive comment from Fed chairman Jerome Powell could send the market reversing just as swiftly in the bullish direction, so many investors are having a difficult time deciding when to hedge, as are some of our models. There's definitely been much easier markets in which to trade and invest.

Do we have more volatility to look forward to in 2022? Quite possibly, and if so that may be good news for our models, which typically outperform in years of turbulence. In fact, the only way our models outperform is through avoiding drawdowns as they are macro focused and alternate between 100% SPX and 100% cash. Though our models, especially our advanced premium ones, have outperformed the market nearly every year of the bull market, the most striking outperformance came in 2018 which coincided with the worst year for the market as a whole since 2009.