After a failed reversal on Monday, the market continued the decline that began mid last week, keeping investors guessing...

Much as we expected last week, there wasn't a lot of external news to drive the markets this week, so they mostly continued to trade in familiar technical patterns. However, the Fed minutes came out more hawkish than anticipated with several members calling for an increased pace of hikes and a 50bps hike instead of 25bps at the next meeting. This accelerated the market's decline, especially for the Nasdaq-100, and let investors guessing if the standard overbought pullback would now lead to a double dip or retest of the lows from March 14th. As the 10-year yield continued to rise at breakneck pace, the growth to value rotation was revived after a reversal over the last two weeks.

Looking ahead to next week, the big data point will be the CPI release on Tuesday. If it comes in hotter than expected, the bulls may be in trouble in the near term, but a meets or lower than expectations report would validate the rebound and likely send the market on the path to retest its recent all-time highs later this year, similar to the flat top between March and September 2000. Of course, there are certainly other factors at play, and if it were so easy to trade the market by one factor, everyone would be rich. Are we going to escape this correction this year with no more than a flesh wound, or are we heading into a deeper bear market? Follow the signals from our models, and you won't have to make that judgment yourself. 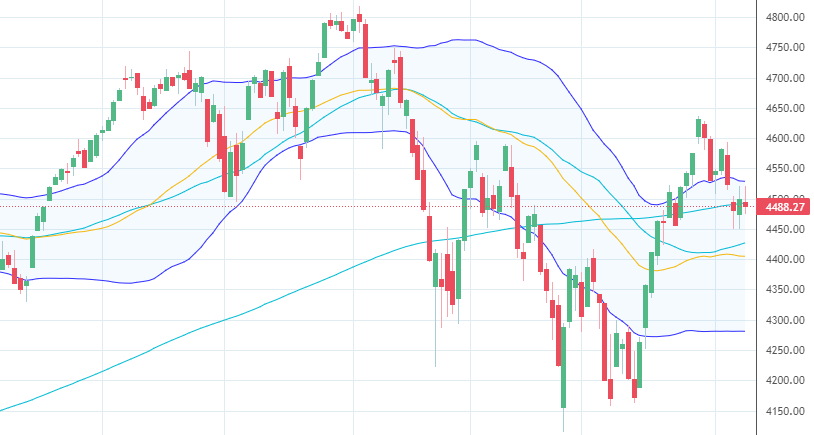 The SPX started out strongly on Monday, continuing the bullish rebound action from the last hour on Friday. However the momentum waned as the 10-year yield relentlessly rose and fear of the Fed minutes release on Wednesday brought the index to a moderate loss which continued in the after hours action to open with a substantial gap down on Wednesday. When the Fed minutes were actually released, there was a lot of volatility, with an initial spike fading into a steep drop which then mostly reversed by the end of the day to close about the same level as the moment of release. Thursday and Friday were rather calm days in comparison, bouncing around the same levels, but the index closed with a bearish note in the final two hours. 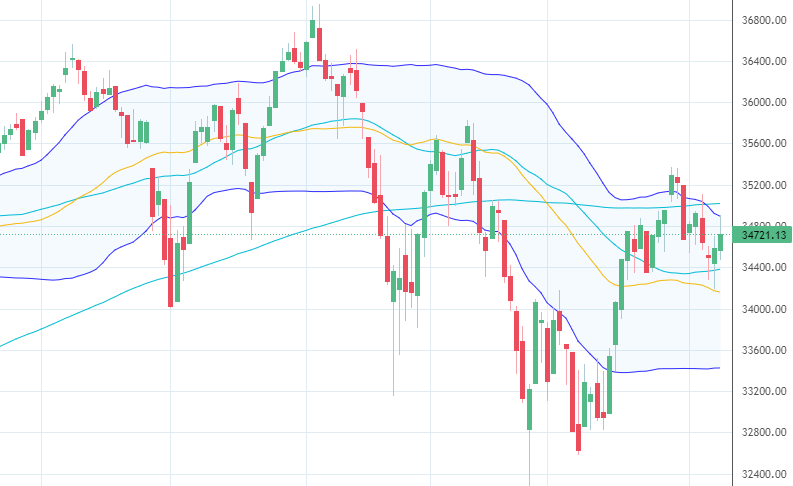 The Dow snapped its two-week relative weakness streak to once again become the strongest index on the week, the position it has maintained for the majority of the year. While it followed a similar pattern to the SPX at the beginning of the week, Thursday and Friday were both solid green days for the Dow in comparison. On Friday, it touched the upper weekly Bollinger Band at 34896 before pulling back into the close. Nevertheless, it seems that investors are fearing a double dip in this correction, and the Dow's reputation as a relative safe haven has it benefiting again. 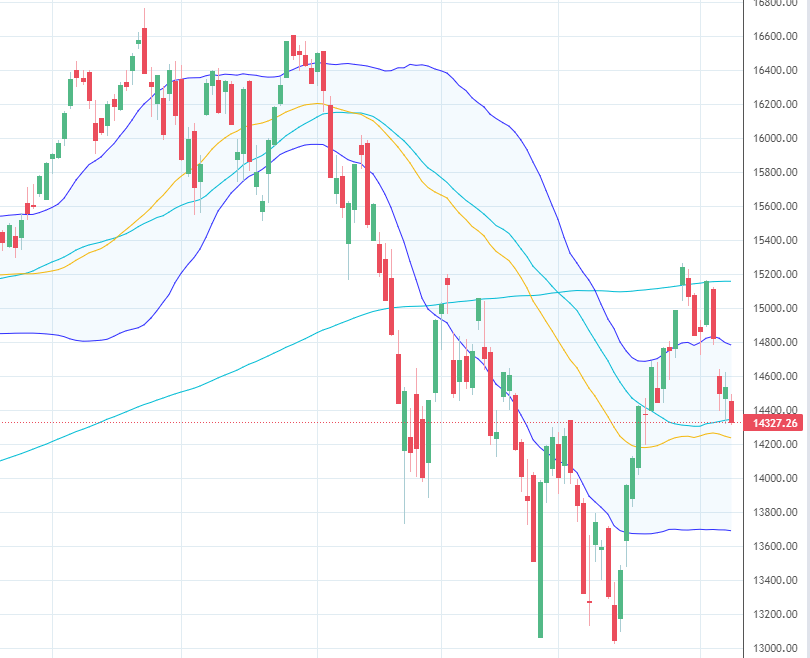 The NQ was by far the weakest performer on the week with an abysmal -3.59% performance. Once again we are seeing the rotation of growth to value becoming popular, with the value heavy Dow closing nearly flat on the week in comparison. The index closed deeply in the red three out of four days after Monday's hopeful rebound failed. Adding further worry for the tech bulls, after showing some support at the 50-day SMA on Thursday with a nice bounce, Friday the index sliced back through it with hardly any resistance, and closed underneath for the first time since March 21st.

Though the economy appears strong, rates remain historically low and valuations historically high. This is a dangerous combination as the Fed continues tapering asset purchases and expects to raise rates in 2022 and 2023. This week employment numbers improved substantially with much lower initial and continued unemployment claims than we have been seeing in a long time. However the 10-year yield soared a stunning +17% this week to close at the highest level in nearly 4 years, putting a lot of pressure on relative valuations between stocks and bonds, and especially on growth stocks as witnessed in the NQ's terrible performance this week. The one silver lining is that the yield curve only managed to stay inverted for a single week, with the 2-year treasury yield barely rising to 2.12%.

2022 has started with a bang, and not a good one for the bulls. So far our working thesis of a pickup in volatility this year has played out. As the 10-year yield spiked hard this week, the growth-heavy NQ took a beating while the Dow benefited from the perceived flight to safety effect. On a relative valuation basis, we are in virtually unprecedented territory, with only the very top of the late 1990s bull market competing. The Shiller Risk Premium (CARP) is barely above 0 at 0.04. This indicates that equity investors are essentially receiving no compensation for taking the extra risks of owning stocks rather than treasuries. This ratio has only gone negative one time in history, for a very short period in the year 2000, right before the market entered a 9-year secular bear market, and did not see new highs for nearly 13 years. Will this time be different?